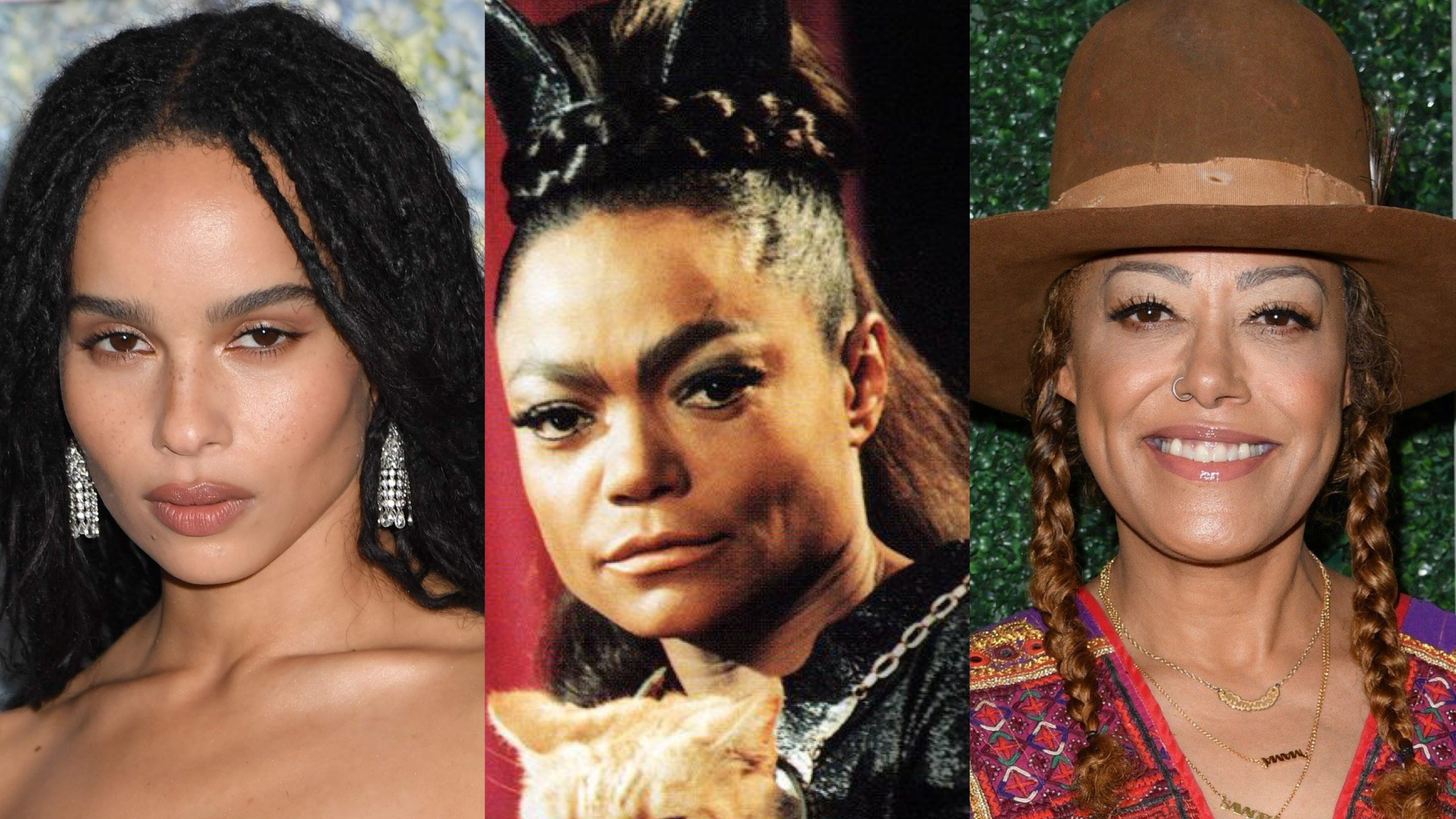 Zoe Kravitz is the latest actor to take on the role of Catwoman, joining the list of other iconic stars who portrayed the character at some point in their career. She is starring opposite Robert Pattinson, who plays Bruce Wayne, aka Batman. The film is set to premiere this Friday.

In the upcoming DC’sThe Batman, a homicidal sociopath leaves a trail of secret codes, which forces Batman to venture into Gotham City’s criminal underground. As signs point closer to home and the extent of the suspect’s intentions become clear, the winged vigilante must forge social bonds to uncover the underlying cause, and deliver justice to the city’s long-standing history of abuse, power, and corruption.

The Batman marks Kravitz’s official entry into the ranks of actresses of color, who showcased their flexibility, talent, and feminine power in this role. Here are the other women of color who also played or voiced Catwoman.

Eartha Kitt was the first Black woman to play Selina Kyle. Once Julia Newmar left Batman after two seasons, Kitt took over as Catwoman and played her from 1967 to 1968.

Kitt  made her television debut in the episode Catwoman’s Dressed To Kill on December 14, 1967, breaking a racial barrier in a role that lasted over 50 years.

Iconic actress Halle Berry brought in a new rendition of Catwoman in 2004. Her version has a different narrative than the traditional Selina Kyle story.

Catwoman recounts the life of Patience Phillips (played by Berry), an introverted, graphic designer who won’t stop apologizing for her own presence. Phillips worked for Hedare Beauty, a high end cosmetic brand that was about to release a “groundbreaking” anti-aging product until she uncovers a dark secret about her employer that changes the course of her life forever.

The late actress Naya Rivera lent her voice to the character as her final acting role. In the Batman: The Long Halloween,  Rivera appears  in part one as the iconic Selina Kyle opposite Smallville’s Jensen Ackles as Bruce Wayne.

Before her tragic passing, Rivera shared she was honored to play Catwoman, during her interview with Entertainment Tonight. She said, “Every actress I’ve ever loved has played Catwoman in some shape or form.”

Cree Summer is leading the next generation of superhero fans, as she plays Catwoman in DC Super Hero Girls.

Summer is a singer and actress,  best known for playing as Winifred “Freddie” Brooks on the NBC series A Different World. She has also voiced a number of animated characters, such as Penny in the 1983 movie Inspector Gadget.