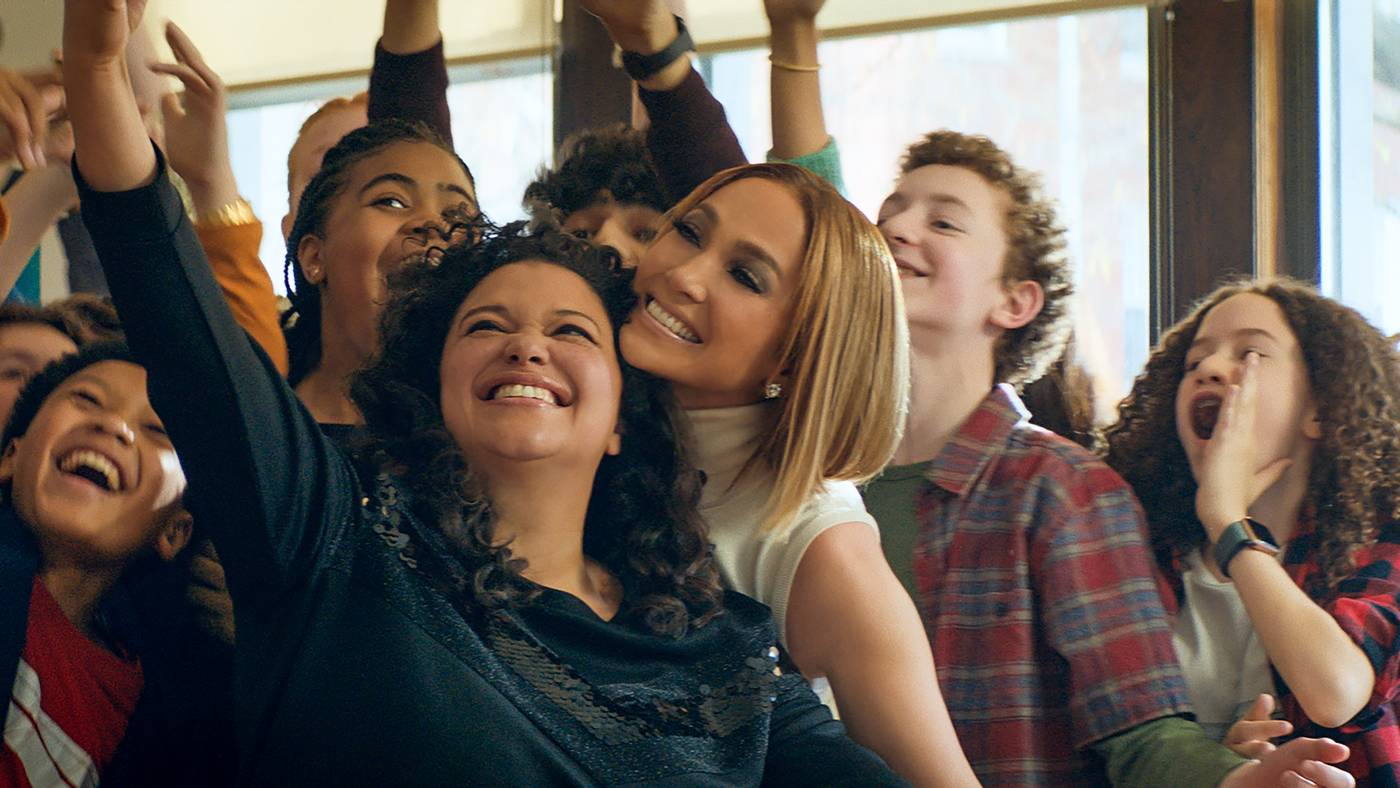 This Valentine’s Day, viewers will witness a new romantic story unfold. Based on the graphic novel of the same name by Bobby Crosby, Marry Me is a reversed Cinderella story, a tale of a pop star who ties the knot with a math teacher in a stunt wedding during a live concert.

Directed by Kat Coiro (A Case of You), the romantic comedy follows superstar Kat Valdez (Lopez), who had planned to marry another musician, Bastian (played by Maluma), at a concert before she discovers he’s been cheating on her. Heartbroken, she decides to marry a random concertgoer named Charlie (Owen Wilson) instead.

The movie also stars Michelle Buteau (First Wives Club), who plays Valdez’s assistant and ride-or-die friend Melissa. She is brutally honest, straightforward, and always has Valdez’s back. “Melissa is a sassy, tell it like it is, kind of like a know-it-all, really good with social media. She’s not a fan of Charlie at first, but maybe she comes around. You’ll have to see the movie to find out,” Buteau told HM.

In addition to starring in the romantic comedy, the comedian also signed a deal with Netflix for her novel, Survival Of The Thickest. She also currently filming the third season of BET+ First Wives Club.

Marry Me will be available for streaming on Peacock and in theaters starting February 11.

Watch: Trailer for ‘The First Lady’ With Viola Davis Starring as Michelle Obama

‘All The Queen’s Men’ Renewed For Season 2