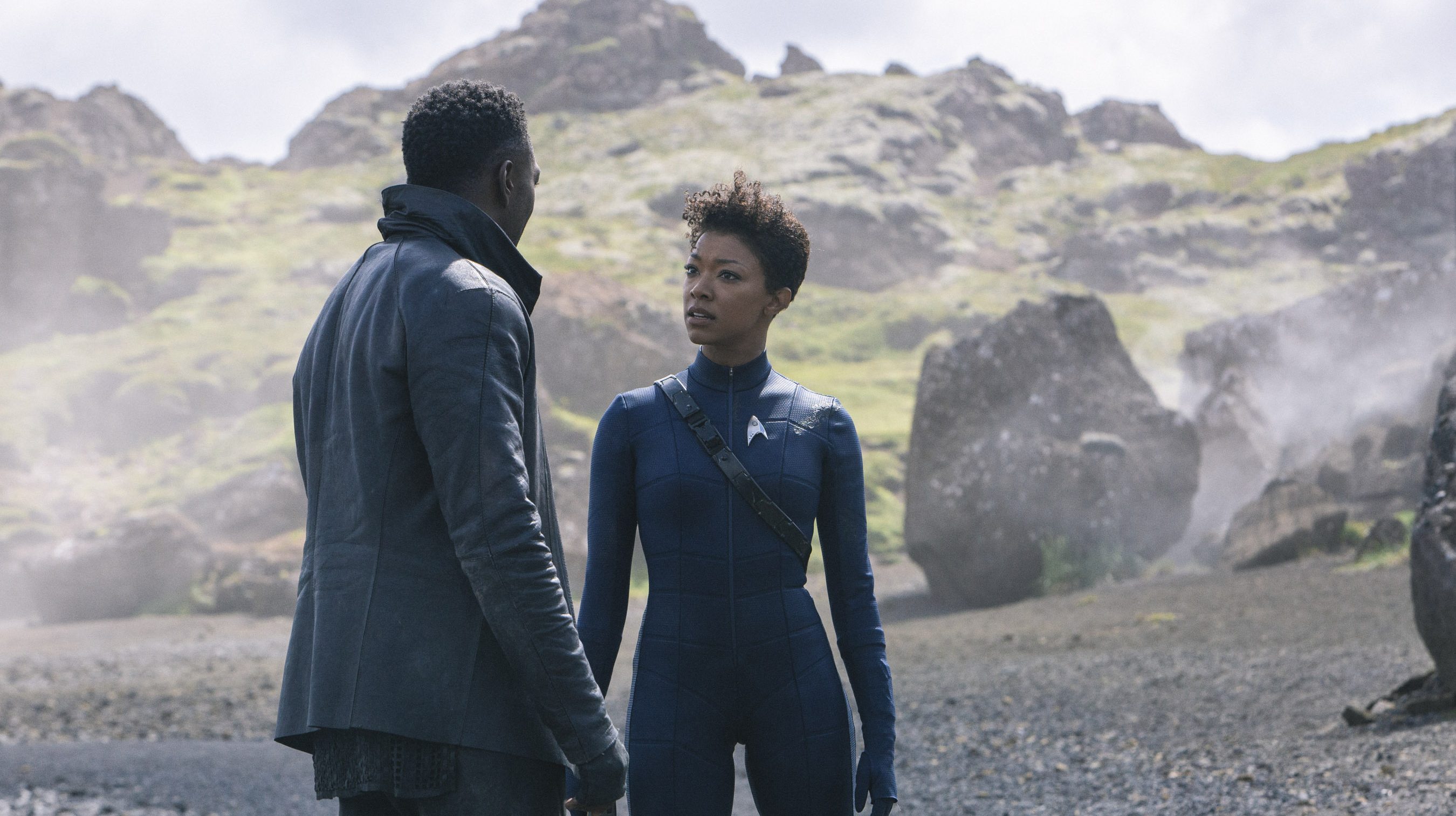 Star Trek: Discovery has released the first images from its upcoming third season at the San Diego Comic Con this weekend.

As a reminder, season 2 ended with the crew of the USS Discovery taking their ship through a wormhole 950 years into the future — much further than any previous Star Trek story.

The exclusive images featuring Michael Burnham (played by Sonequa Martin-Green) and a new character Cleveland Booker or “Book” for short (played by David Ajala) can be seen below. 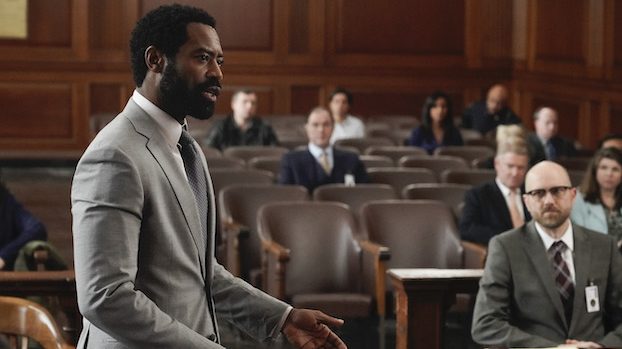 Nicholas Pinnock is starring in his first lead American role on ABC’s upcoming drama series titled For Life. He will portray Aaron Wallace, a character inspired by the life of Isaac Wright Jr., a prisoner who becomes a lawyer, litigating cases for other inmates while fighting to overturn his own life sentence for a crime he didn’t commit.  His quest for freedom is driven by his desperate desire to get back to the family he loves and to reclaim the life that was stolen from him. The show will also, through the window of his ferocious struggle and his complicated relationship with a progressive female prison warden, examine the flaws and challenges in our penal and legal systems.

The show will premiere on Tuesday, February 11. Watch the full trailer below. 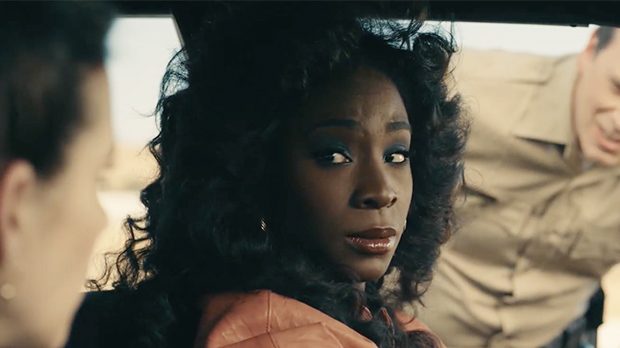 Just a few days before the season finale of American Horror Story: 1984 (the ninth season of the FX horror anthology television series created by Ryan Murphy and Brad Falchuk), we spoke to its star Angelica Ross while she attended the fabulous Charlie’s Angels red carpet premiere in Los Angeles on Monday.

Although not much has been disclosed in general about the ninth (and last) episode of the season, titled Final Girl, Ross says we can expect it to be full of surprises. “You are not gonna believe what happens in the season finale”, she said with a mysterious smile on her face, “It’s gonna be great, it’s gonna be great!” So far Ross’ character Donna Chambers has managed to survive the first eight episodes of the show. Tonight’s episode will reveal her fate.

Ross has also executive produced and starred in a new web series titled King Esther, “A heartwarming story about a trans woman in New Orleans seven days before hurricane Katrina.” It is written and directed by Dui Jarrod  (Lesson Before Love). The episodes are now available on Issa Rae‘s YouTube channel.

You can catch the final episode of American Horror Story: 1984 tonight at 10/9c on FX. 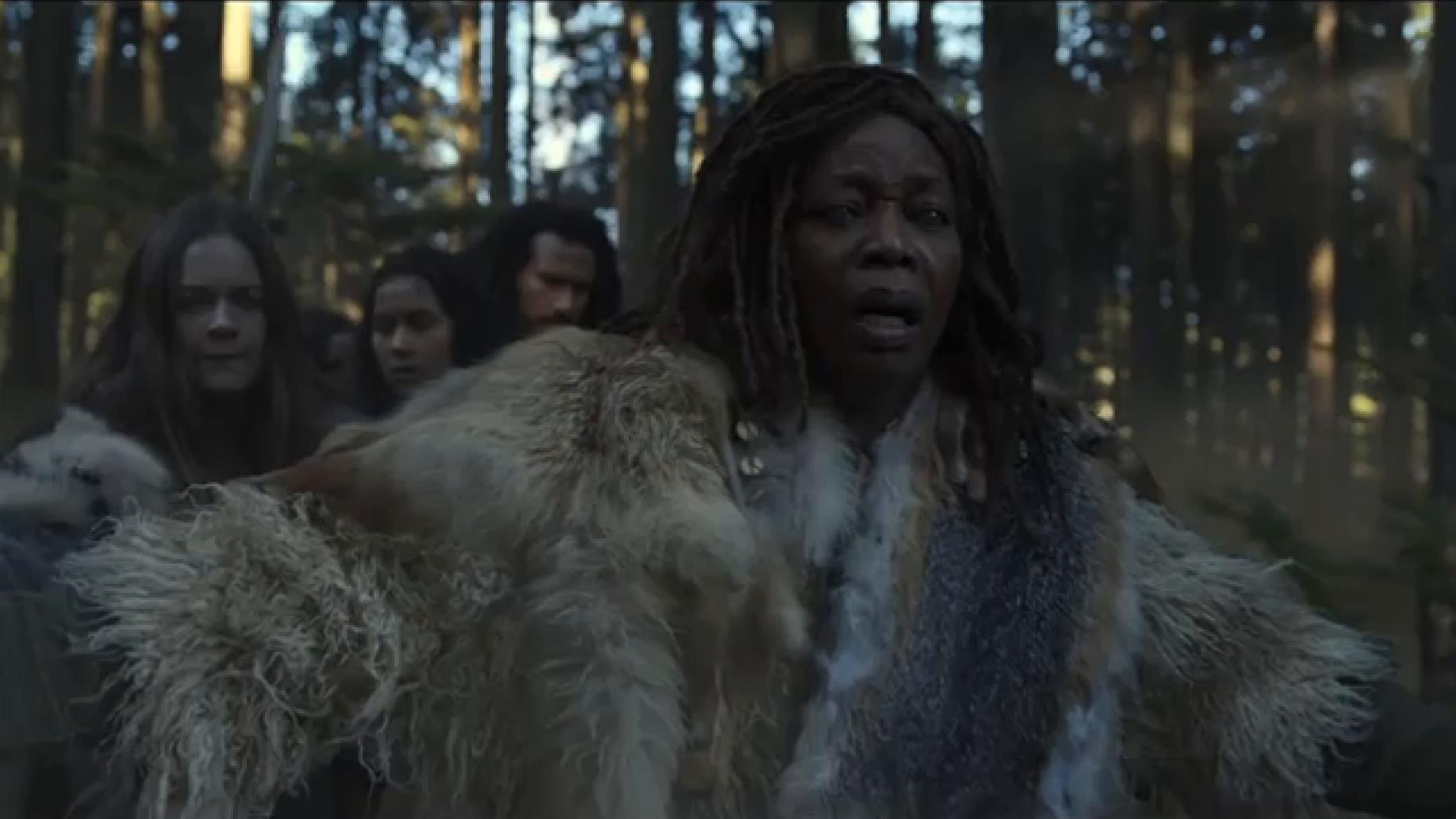 Meghan Markle Has Signed a Voiceover Deal With Disney