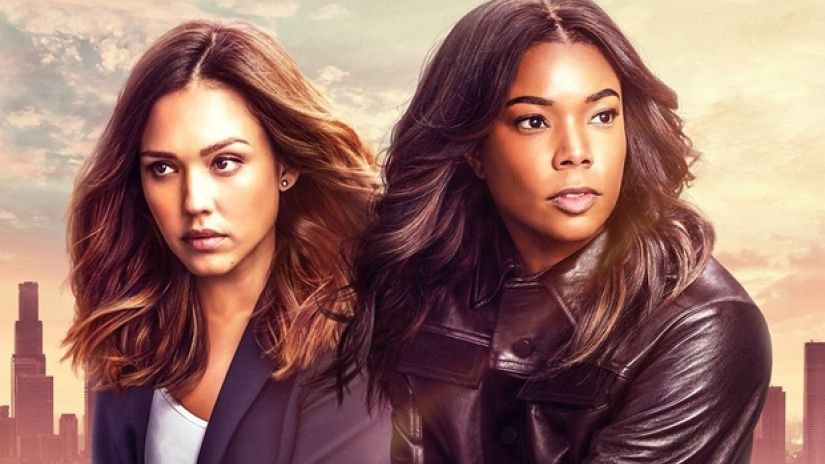 Bad Boys spinoff L.A.'s Finest, starring Gabrielle Union and Jessica Alba, has an official premiere date! The series is set to debut on Monday, May 13, and run for 13 episodes as a Spectrum Original for Charter Communications.

In L.A.’s Finest, Union reprises her role as Syd Burnett from 2003’s Bad Boys II, who is now an LAPD detective paired with Nancy McKenna (Alba), a single mother and an army veteran.

The subscribers on Spectrum’s On Demand will get free access to the first three episodes of the cop drama on May 13. The remaining ten episodes will be released weekly.

Save The Date: Catch the premiere of LA's FINEST starring @itsgabrielleu and @jessicaalba on May 13th exclusively from @SpectrumOrig. #lasfinest pic.twitter.com/9aFNJasrUJ

Laurence Fishburne has confirmed that he won’t be reprising his iconic role as Morpheus. The 59-year-old actor revealed that he “has not been invited” to return.

According to The Wrap, Fishburne told New York Magazine that he was never approached about joining the upcoming Lana Wachowski’s sequel. “I have not been invited. Maybe that will make me write another play. I wish them well. I hope it’s great,” Fishburne commented. “It is probably the role that I’ll be best remembered for, which is great; it’s not the only thing I’ll be remembered for, which is better,” He concluded.

As a reminder, Fishburne first portrayed Morpheus, the captain of the Nebuchadnezzar, in the original 1999 film alongside Keanu Reeves as Neo and Carrie-Anne Moss as Trinity. The two are set to return for The Matrix 4 (working title) with Jada Pinkett-Smith.

Forbes magazine named Dwayne Johnson, AKA the Rock, the highest-paid male actor for the second year in a row.

The former wrestler turned Hollywood superstar reportedly earned $87.5m between June 2019 and June 2020, including the $23.5m he made for Netflix’s upcoming thriller Red Notice.

Coming in third place is actor and producer Mark Wahlberg, who earned $58m, while Ben Affleck and Vin Diesel came in fourth and fifth place respectively.