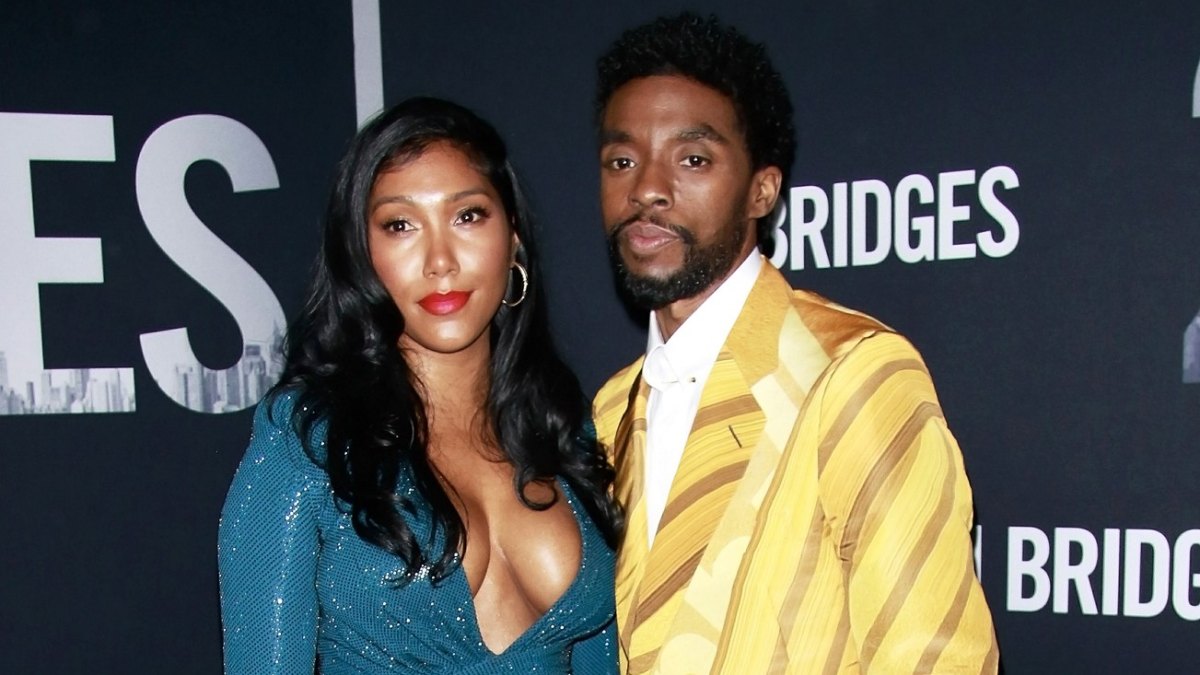 The late actor Chadwick Boseman was posthumously honored at the Gotham Awards with the Actor Tribute award on Monday night (Jan. 11). Boseman’s widow, Taylor Simone Ledward, accepted the award on his behalf and spoke out for the first time since the actor’s death.

“He is the most honest person I’d ever met,” she said during her tearful speech. “He actively searched for it, in himself, those around him, and the moment. The truth can be a very easy thing for the self to avoid. But if one does not live in truth, then it’s impossible to live life.”

“So it became how he lived his life, day in and day out, imperfect but determined. He was blessed to live many lives within his concentrated one. He developed his understanding of what it meant to be the one, the none and the all. ‘A vessel to be poured into and out of,’ he’d said.”

“He harnessed the power of letting go and letting God’s love shine through. He realized that when one is able to recognize that when their strength does not come from themself, they rarely mess up. That’s what he was doing when he was acting. Modeling for us a path to true fulfillment.”

“May we not let his conviction be in vain. May our spirits be fertile soil for God’s wisdom to fall upon. So thank you. Praise God,” Ledward Boseman added.

She concluded, “It’s my honor to receive this award on behalf of my husband. An acknowledgment of not only his profound work but of his impact on this industry and this world.

Chad, thank you. I love you. I am so proud of you. Keep shining your light on us. Thank you.”

The Black Panther star died in August at the age of 43 from stage III colon cancer.

Chadwick Boseman’s widow cries as she accepts a Gotham award in his honor. “Chad, thank you,” says Simone Boseman. “Keep shining your light on us.” pic.twitter.com/jQidx0Yp6c

‘Judas and the Black Messiah’: the second trailer is in!