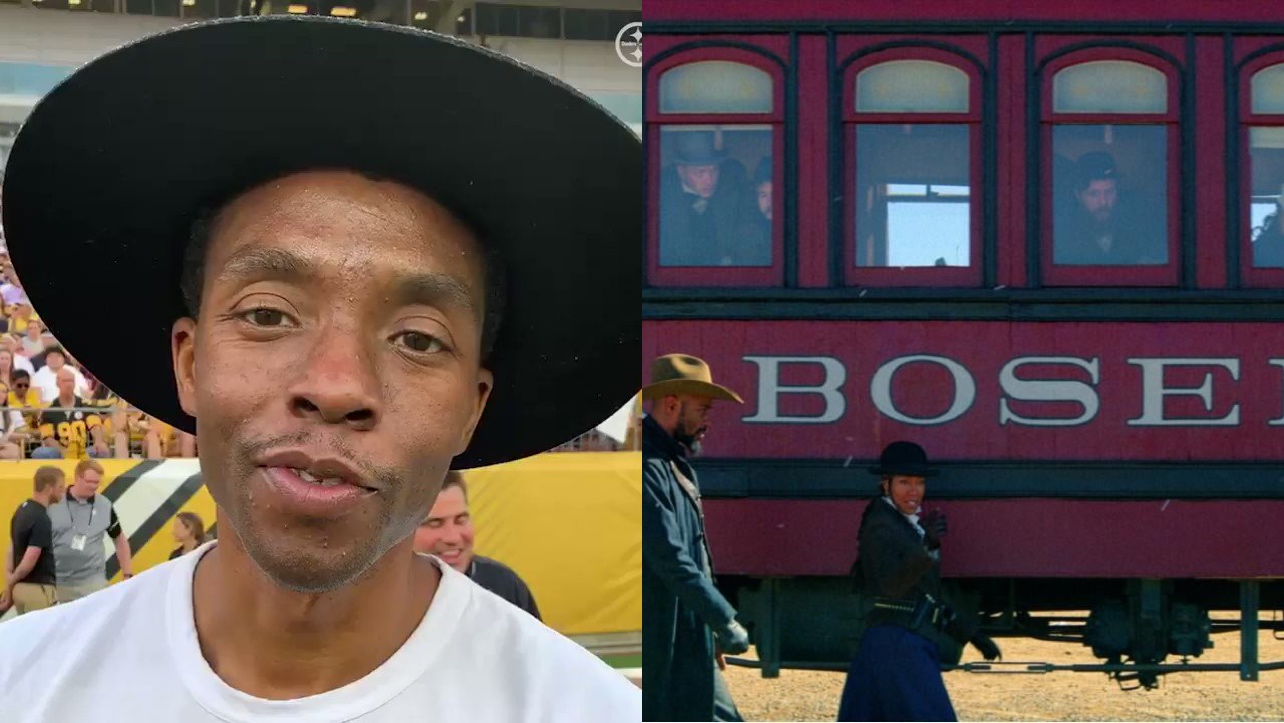 Jeymes Samuel’s Netflix western The Harder They Fall included a beautiful tribute to Chadwick Boseman. The steam train shown in one of the featured scenes is named after the late actor.

Drawing inspiration from real-life Wild West figures The Harder They Fall follows an outlaw seeking revenge on an old enemy.

A post shared by an official Netflix account features a picture that reveals the name on the side of the train is C.A. Boseman. The post reads, The post said: “A nice little easter egg from The Harder They Fall: The train is named C. A. Boseman, in tribute to the brilliant and beloved Chadwick Boseman.”

This touching display of love and appreciation to the artist, who sadly passed away of cancer at age 43, received resounding praise from viewers on social media.

User @Chants63737352 tweeted, “A beautiful dedication to a fabulous actor.”

Another one said, “How did I miss that? This gives me reason to watch the entire movie again. Loved it” 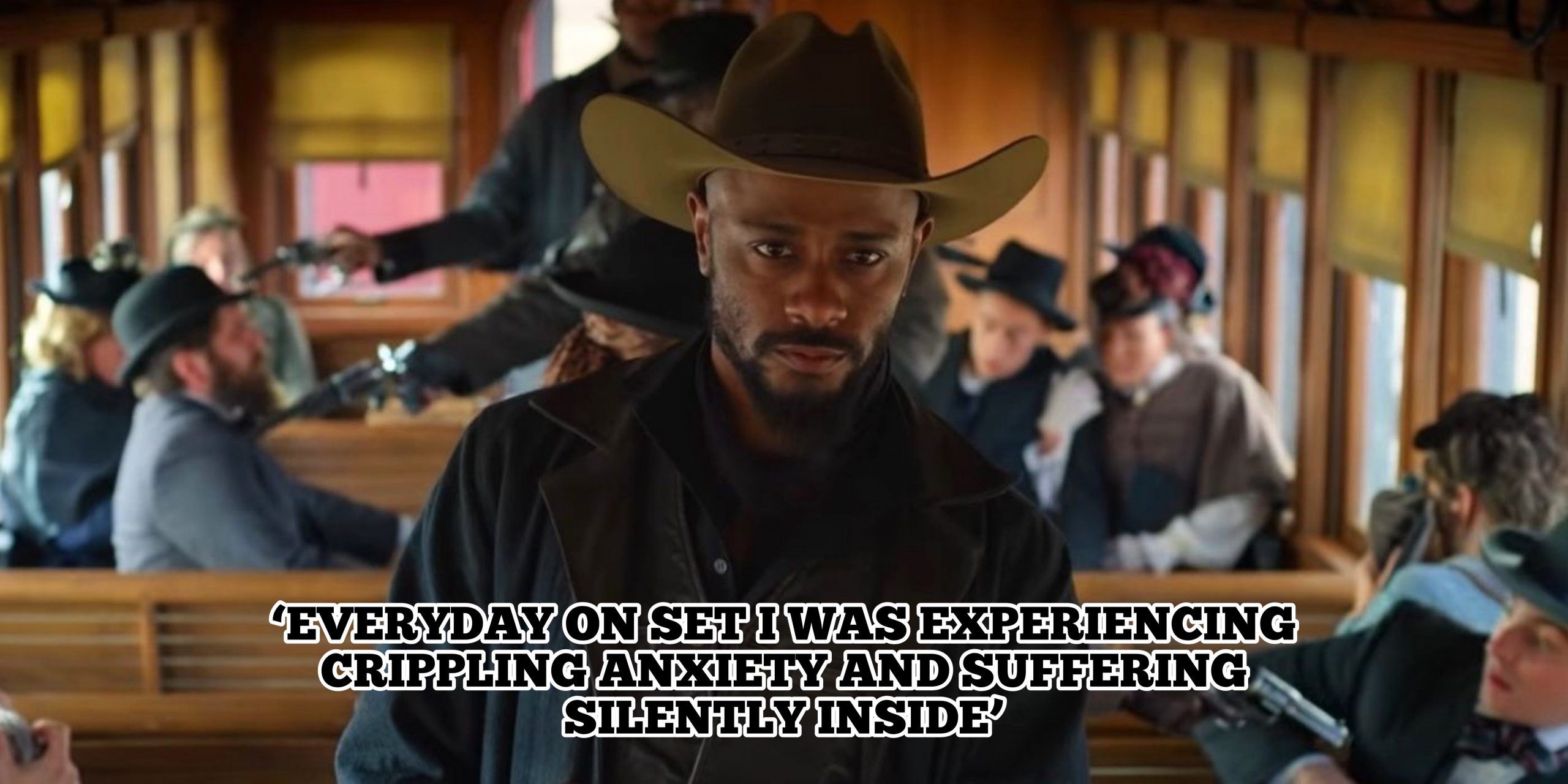 In a recent candid Instagram post, Lakeith Stanfield opened up about being in a “pretty bad space mentally” while filming Netflix’s new western The Harder They Fall.

“Everyday on set I was experiencing crippling anxiety and suffering silently inside. I would drink every night after work and try to laugh off my pain.” He captioned the post. The 30-year-old also added that he is in a better place now, “Here’s to fighting through the trauma to get to myself. Here’s to almost 6 months sober.” See the full post below.

The actor plays Cherokee Bill, who in real life was a brutal outlaw. In the movie, Stanfield’s character is a member of Rufus Buck’s gang that robs, kills, and sets out to take over a town named Redwood.

When outlaw Nat Love (Majors) discovers that his enemy Rufus Buck (Elba) is being released from prison, he rounds up his gang to track Rufus down and seek revenge. Those riding with him include his former love Stagecoach Mary (Beetz), his right and left-hand men—hot-tempered Bill Pickett (Gathegi), and fast drawing Jim Beckwourth (Cyler)—and a surprising adversary-turned-ally. Rufus Buck has his own fearsome crew, including “Treacherous” Trudy Smith (King) and Cherokee Bill (Stanfield). 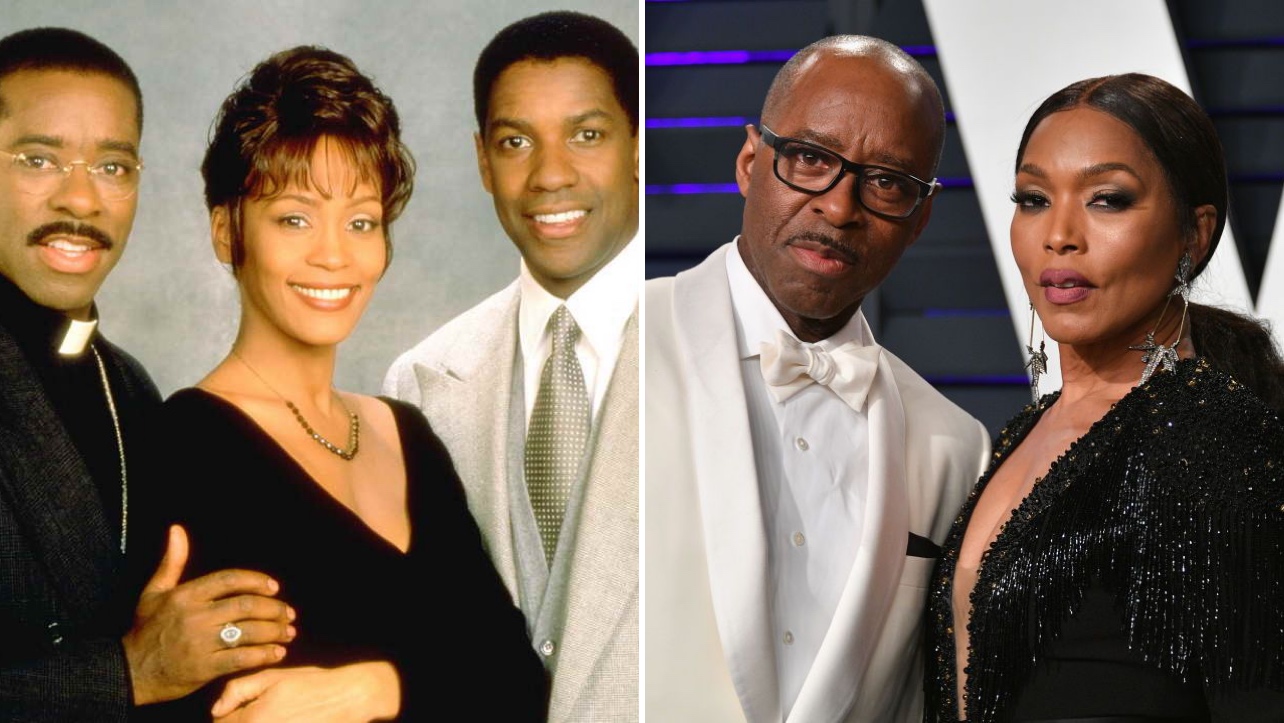 A present-day reimagining of The Preacher’s Wife is in the works with Anthony Hemingway (Genius, American Crime Story) directing. Angela Basset and Courtney B. Vance, who starred in the original movie, will develop the remake under Bassett Vance Productions.

The Preacher’s Wife follows the story of a witty and debonair angel Dudley (Washington), whom God sends to earth to help pastor Henry Biggs (Vance) and his wife Julia (Houston) save their small struggling church. Henry becomes deeply suspicious of Dudley. Julia, however, is instantly charmed by the handsome and unflappable angel. The Oscar-nominated film remains a fan favorite, especially during the holiday season.

“Christmas has always been my favorite time of the year. To be reimagining this classic and beloved holiday story is a gift,” director Hemingway told Deadline. “I couldn’t be more thrilled to be working with my friends Courtney and Angela, as well as our amazing teams at Bassett Vance Productions and Anthony Hemingway Productions.”

“Anthony is one of the most gifted directors I have ever had the privilege to work with. I’ve often said wherever Anthony goes, I follow. That’s how much trust and confidence I have in him as a visionary and storyteller,” Vance said in a statement. “This is a film that I hold close to my heart, and I recognize that countless others feel the same way. That’s why I am thrilled that Anthony and I will be working together to share this uplifting story with a whole new generation.” 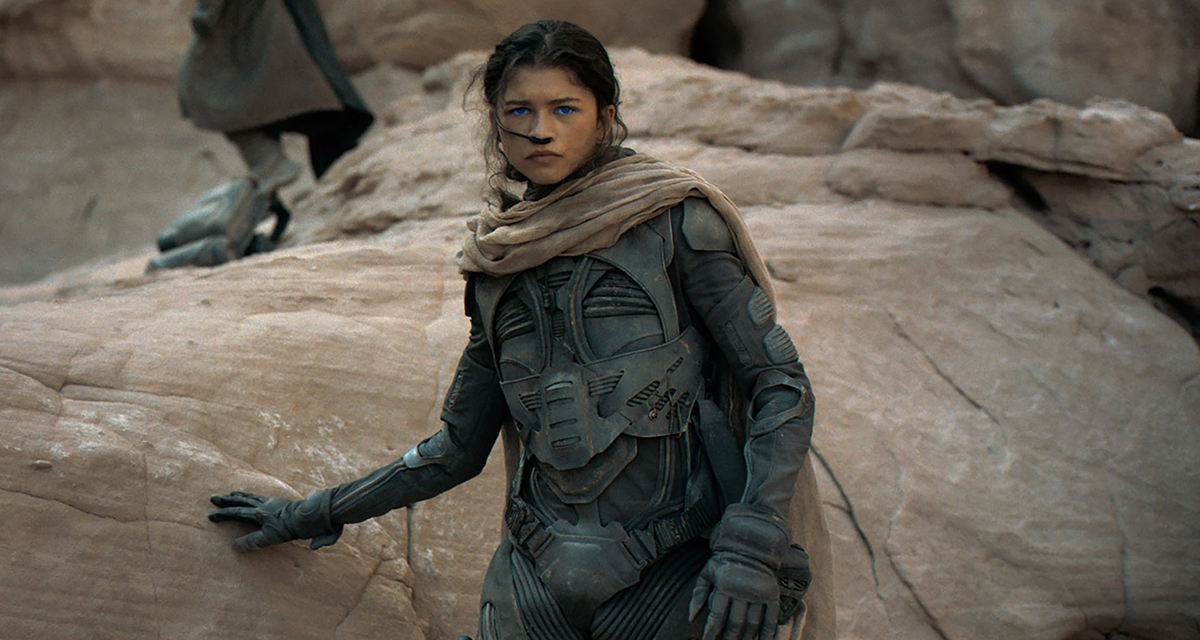 The Spiderman star is opening up about playing Chani in the upcoming feature adaptation of Frank Herbert’s science fiction novel, Dune.

The movie is taking the audience on a journey past the stars. The film explores a new frontier of fate that tethers all living creatures to one moment of existence. Those tuning in, observe Paul Atreides (Timothée Chalamet), a “gifted” young man born into a narrative of great power. Atreides prepares to take on a perilous mission and save his people. Along the way, he must face all of his greatest fears.

Zendaya plays the voice of reason, encapsulated in the character, Chani. She is seen mostly through the consistent visions of Atreides through his expedition.

Zendaya says there is a certain wisdom to that character, which she resonates with. She told Statenews,

“I’ve always been called an old lady since I was born,” she shared, “I’ve always been Grandma, and I think that (Chani) has that wise spirit. I think part of both of us having to grow up in a more adult space and always constantly working with people who work are so much older than us or having to be thrown into situations where you’re the youngest one in the room, I think causes you to grow up a little bit faster.”

Set in a futuristic era, the audience is free to experience a world where prophecy rules the nature of the galaxy. The only thing familiar in this narrative is the authority of human emotion.

It took over $160 million to create this world, under a shared production of Legendary Entertainment, Villeneuve Films, and Warner Bros. Hans Zimmer (Pirates of the Caribbean) scored the music for the film.

The previously noted source recorded Zendaya stating, “That’s what I love about this film. There is so much going on. There is so much to talk about and just to look, to hear. There are so many things, like metaphors. We’ve talked about it a million times, but something as simple as a relationship between a mother and a son.”

Watch: Penny is All Grown Up in ‘The Proud Family: Louder and Prouder’