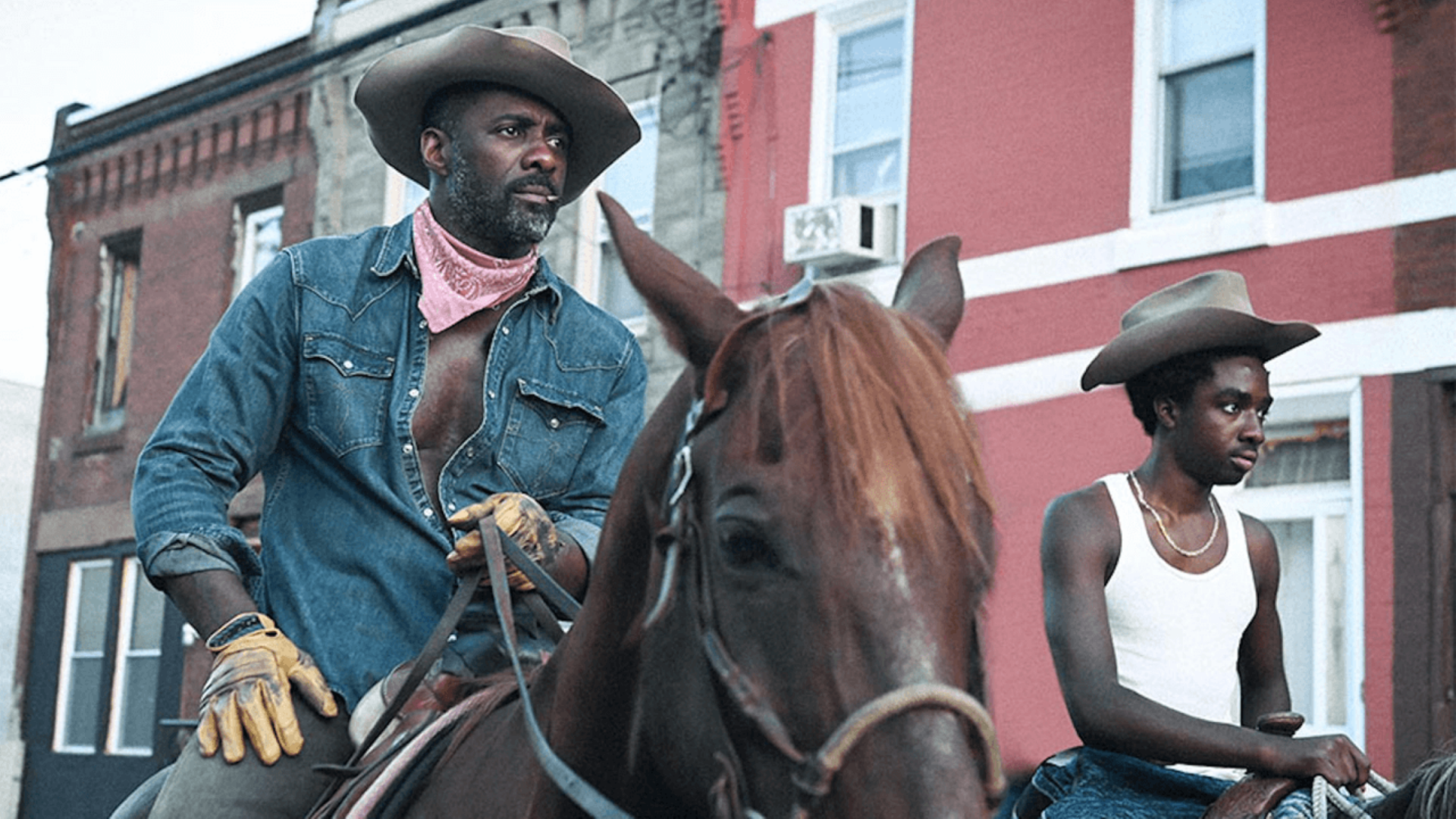 Ricky Staub’s Concrete Cowboy unearths multiple traumas,  both in the broadening range of African-American culture and the complex circumstances of Black men and their perspective within a household setting.

The film opens up with Cole (Caleb McLaughlin), a 15-year old boy sitting outside the principal’s office. His face bruised and bleeding from a fight he had with another kid – a moment that keeps repeating itself. His mother arrives, looking more discouraged as if she’s been called to the principal’s office one too many times herself.

Cole is a kid unable to see the consequences of his personal choices. He is full of anger and entitlement. Being a child from a broken home, he leads his life with the “right” to act out. His mother, unable to come up with another excuse for her son’s behavior, sees that Cole stays with his father for the summer in Philadelphia. This might sound like a familiar pivot to a teen-angst-driven film, but here is where things get interesting – the 15-year-old finds himself staring at the truth of his reality, coming straight from the horse’s mouth.

His father (played by Idris Elba) takes him in, and the two of them seem to forge an understanding through hardships and repeated history, a not-so-far-off truth between Black fathers and their sons that are looking to become men, Cole comes from a line of Black horse riders that live in the city.

The cinematography captures breathtaking landscapes and frameworks that seem almost otherworldly. Although the movie captivates the audience with its raw truth of reality, many people may know nothing about. Some questions that needed further explanation were left unanswered, for example, how old was Cole when his parents separated and he moved away from Philidelphia? Or when did Cole develop his summer fling when he returned to the city ranch?

Survival is the common denominator in the movie and its message, which spells out how lack of resources affects the living conditions and the quality of a person’s life and their community.

Staub highlights the Black cowboy community through this project. Reports say the director stumbled upon the culture after seeing a man on a horse in Philadelphia. He then researched the Fletcher Street Urban Riding Club, which led him to Greg Neri’s book, Ghetto Cowboy.

The truth behind this movie leaves the audience enamored, and the images of beauty found in the concrete prairie of Philadelphia are masterpieces. The sunsets and the grading of color are painted effortlessly as if the setting was no longer the city but rather the natural breeding ground for a cowboy to lay his hat.

Concrete Cowboy is now available for streaming on Netflix. Watch the trailer below.