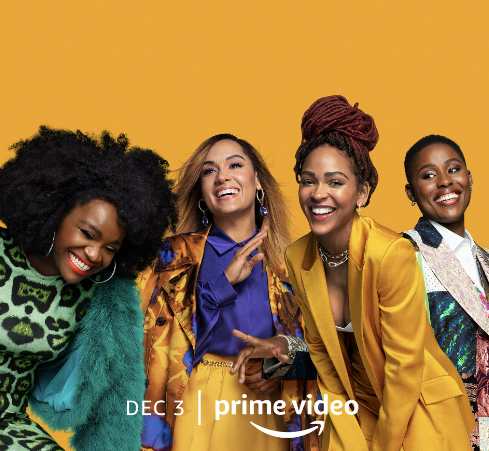 The official trailer has arrived, leaving viewers with the highest anticipation for the Prime Video premiere on December 3.

Noting the success of Girls Trip, Oliver already prepared ten episodes of Harlem to be available the same day the series premiers. The single-camera shot production will be available in over 200 countries and regions around the world. Recurring guest appearances will include Whoopi Goldberg (Sister Act), Jasmine Guy (A Different Wolrd), and Andrea Martin (My Big Fat Greek Wedding).

Camille, played by Meagan Good (Stomp the Yard), is an anthropology professor with extensive knowledge of “dating norms” in diverse ethnic backgrounds. However, she draws a blank when it comes to managing her own love life.

Angie, played by Shoniqua Shandai (Sisters!), is an empowered vocalist without a filter.

Together these ladies will face a new level of awareness in their lives, looking to prepare for the learning opportunities meeting them in their 20s. Tune in to Prime Video Friday, December 3, to be in sync with this exclusive friendship.

Related Topics:FeaturedHarlemMeagan Good
Up Next