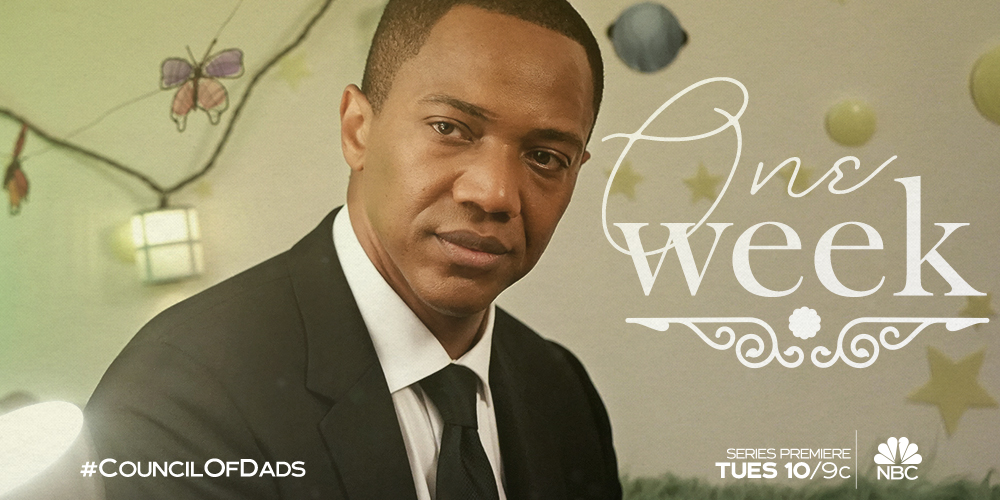 Premiering on NBC this week is the network’s newest drama Council of Dads inspired by Bruce Feiler’s bestselling book by the same title.

J. August Richards, best know for hit shows Angel and Agents of S.H.I.E.L.D., is starring as one of the leads, a bonus dad to his terminally ill patient’s children.

The story behind this drama series appears to be quite unique in itself (just look at the synopsis below). We are invited to witness the journey of three men coming together to fulfill their friend’s wish of co-fathering his five children, including a grown daughter Luly (Michele Weaver) from a previous marriage.

Scott Perry (Tom Everett Scott), a loving father of five, has his entire life’s plan thrown into upheaval by an unexpected health scare. He calls on a few of his most trusted friends to step in as back-up dads to help guide and support his growing family – just in case he ever can’t be there to do it himself.

Dr. Oliver Post (Richards), is not only Scott’s oncologist but also best friends with his wife ( played by Sarah Wayne Callies), who also works at the hospital. Caught off guard by what was asked of him, Oliver is now faced with a challenge – co-parenting his friends’ children while being married and already raising his own 13-year old.

Having to care for someone else’s children is not new to Richards. In real life, he is a proud uncle and a three-time godfather. It’s not quite the same as being a parent, he admits, but the high level of responsibility is still there. And when it comes to having personal role models, Richards mentions his father and godfather (who sadly passed away after they shot the pilot).

The new episode of Council of Dads will air on Thursday, April 30 on NBC. Watch the official trailer below.

‘The Banker’: Two Black Men Build an Empire in the Jim Crow Era

Netflix Has Picked Up ‘The Lovebirds’ After Studio Canceled Theatrical Release