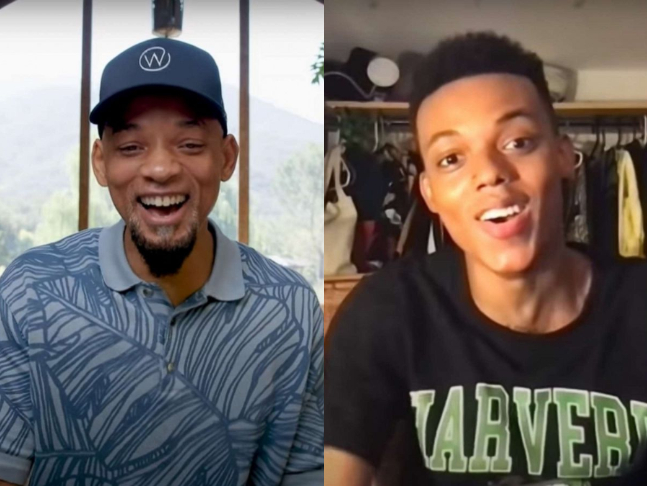 The 1990s sitcom remake has found its new Fresh Prince! Philadelphia native Jabari Banks will star in the lead role that was once Will Smith’s, Variety reported.

Smith surprised the actor with the life-changing news via Zoom call. You can watch the video below.

Set in the present, Bel-Air is a one-hour dramatic retelling of the classic that recounts “Will’s complicated journey from the streets of West Philadelphia to the gated mansions of Bel-Air. With a reimagined vision, Bel-Air will dive deeper into the inherent conflicts, emotions, and biases that were impossible to fully explore in a 30-minute sitcom format while still delivering swagger and nods to the original show.”

Writer-director Morgan Cooper kick-started the project with his viral four-minute short film released in March 2019. Described as “a reinterpretation” that brings the story “into modern-day life in 2019,” the spec trailer received a lot of praise and caught the attention of many fans and Smith himself. Cooper is set to direct, co-write, and executive produce the project, which has received a two-season order.