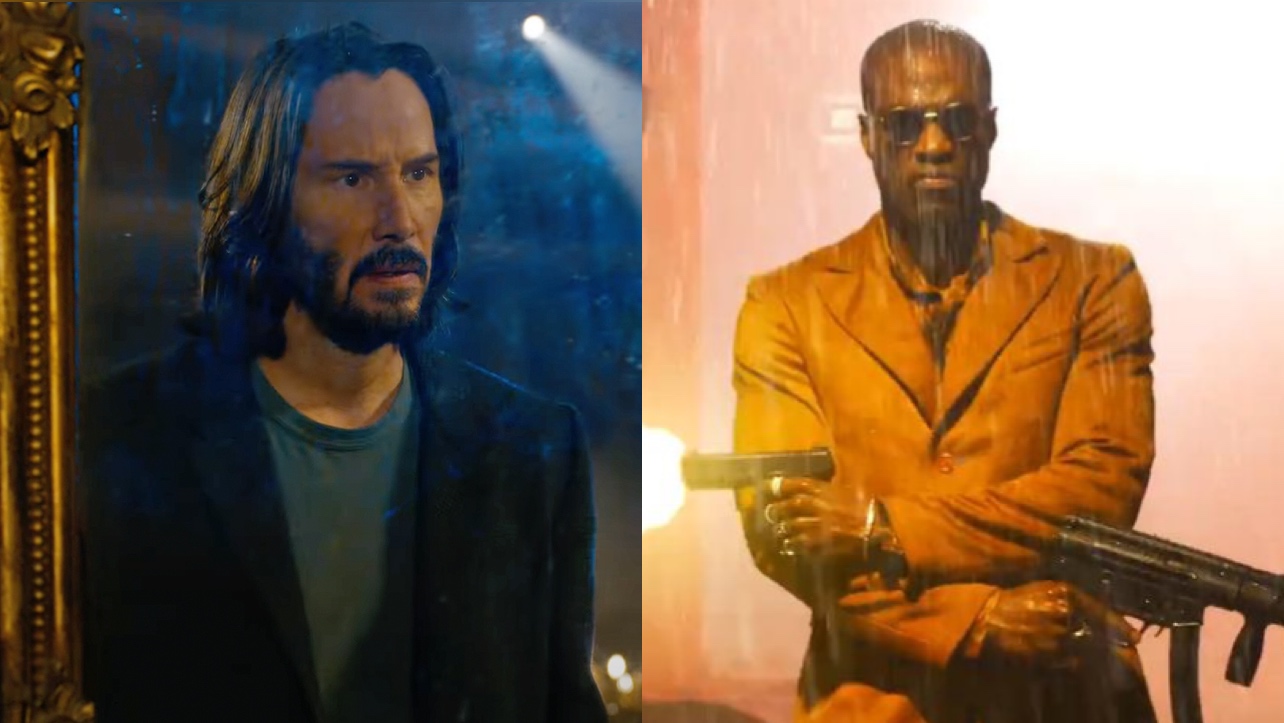 In the video, Neo appears to be back to the “normal” realm of the Matrix, navigating his new reality. The trailer also showed Mateen’s character giving Neo the infamous red pill and fighting alongside him. That, of course, led many to believe he was the new Morpheus.

Earlier this year, Lawrence Fishburne, who originally played the character, revealed that he was not offered to return to the latest installment. “I am not in the next Matrix movie, he said, “you’d have to ask Lana Wachowski why, ’cause I don’t have an answer for that.”

As fans theorized, Mateen took it to social media to confirm he is indeed playing a version of Morpheus. The actor shared a photo of himself from one of the scenes and captioned it “MORPHEUS.”

The Matrix Resurrections will drop simultaneously in theaters and on HBO Max on December 22, 2021.

T.I., Lauren London, And More Reunite In New Teaser for ‘ATL 2: The Homecoming’

Jabari Banks To Star In The Fresh Prince Reboot