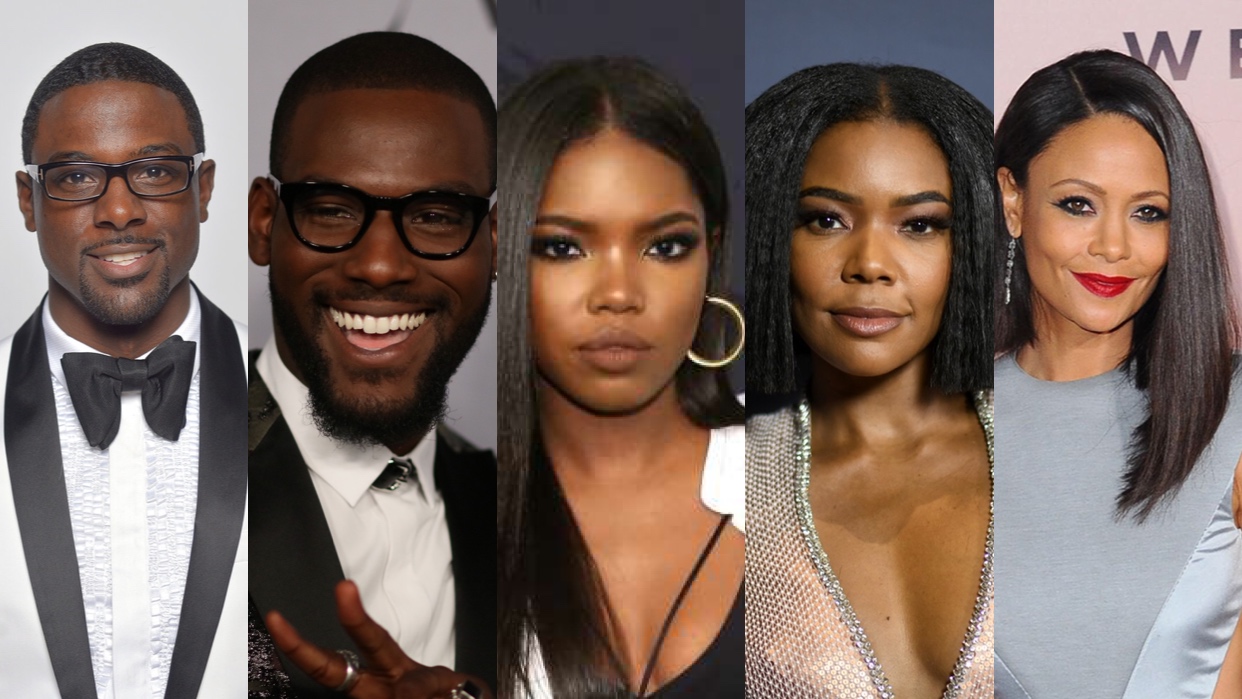 We are in a world of more than 7 billion people, so there is always a possibility that someone would look just like you- an older or younger version. This resemblance is not overlooked in Hollywood, as this helps in casting actors as siblings in movies. You would be impressed at how these actors look so alike, and sometimes you could even have a problem distinguishing them. Here we highlight some actors and actresses that can play siblings in film or television.

There is a striking similarity between the Star Wars actor and Oscar-winning legend. They look so similar that Boyega could easily play Denzel’s younger brother.

Westworld‘s Thandie Newton and Avatar‘s Zoe Saldana share such striking similarities in looks, it will be a no-brainer to cast them as sisters.

The Black Panther star Michael B. Jordan and Drumline‘s Nick Cannon would play handsome brothers on the big screen. You could easily mistake them for siblings even in real life!

It would be a delight to see melanated queens Tika Sumpter (Sonic The Hedgehog, Mixed-ish) and Lupita Nyong’o (Us, Black Panther) act side by side as sisters!

If Dwayne Johnson, aka The Rock, and LL Cool J are ever cast as brothers in an action movie, it would be a hit!

Probably one of the best sibling castings scenarios you can imagine! Ryan Destiny and Gabrielle Union look so much alike, someone proposed a remake of Bring It On with Union as the coach of the Clovers, and Destiny as the lead. Now that would be something we’d want to watch!

These two would make a handsome set of siblings! We’d love to see the Queen Sugar star Kofi Siriboe and House of Payne‘s Lance Gross cast in a film one day.

Comment below – which one of these was a hit and which was a miss. What other actors and actresses could play siblings in film or television.

“Greenleaf”: Show’s Creator On Why It’s Ending After Season 5

‘Greenleaf’ To End After Season 5