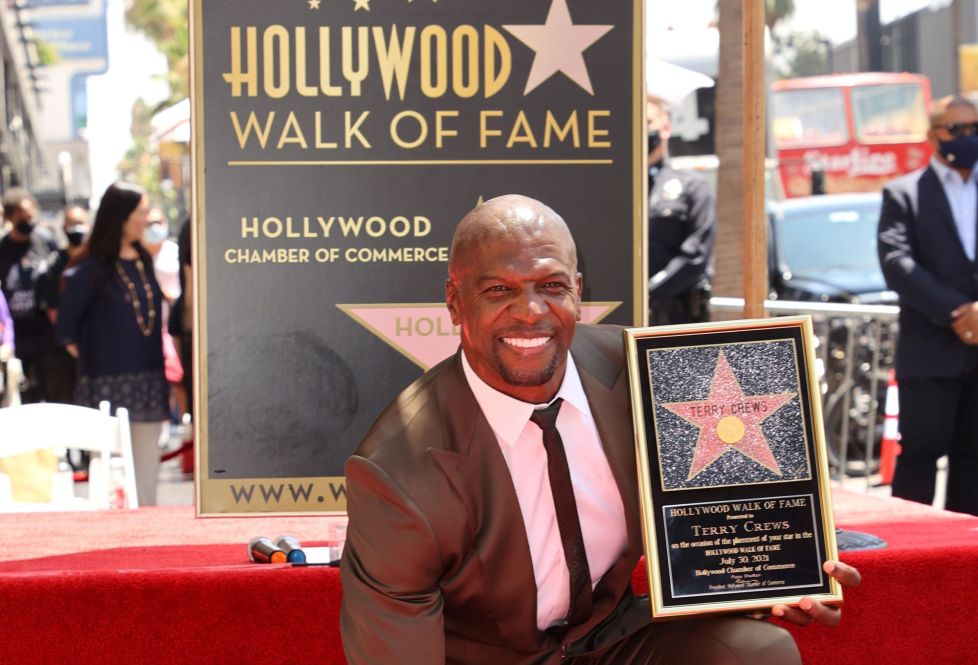 Terry Crews (Brooklyn Nine-Nine) was honored with a star in Hollywood on his birthday, July 30.

Crews has a colorful career. After high school, he was given a scholarship to Interlochen Center for Arts in Michigan. However, Crews started his legacy as an athlete. He played 36 games with the Rams, San Diego Chargers, and a Washington football team between 1991 to 1995.

The former NFL linebacker broke new ground in acting as a cast member of the early 2000s competition Series Battle Dome. Crews grew his acting chops in supporting roles with Arnold Schwarzenegger in the Science Fiction Action movie, The 6th Day. Following a very successful path, Crews delivered iconic performances and made his mark in Hollywood. His role as Julius Rock on Everybody Hates Chris (2005-2009) brought Crews wider public recognition.

He is also recognized for his comedic build in Friday After Next, Click, Longest Yard, and White Chicks. The newly honored actor has over 91 credits under his belt, with three of them holding the title of being a lead producer. This star on the Hollywood Walk of Fame has been well earned.