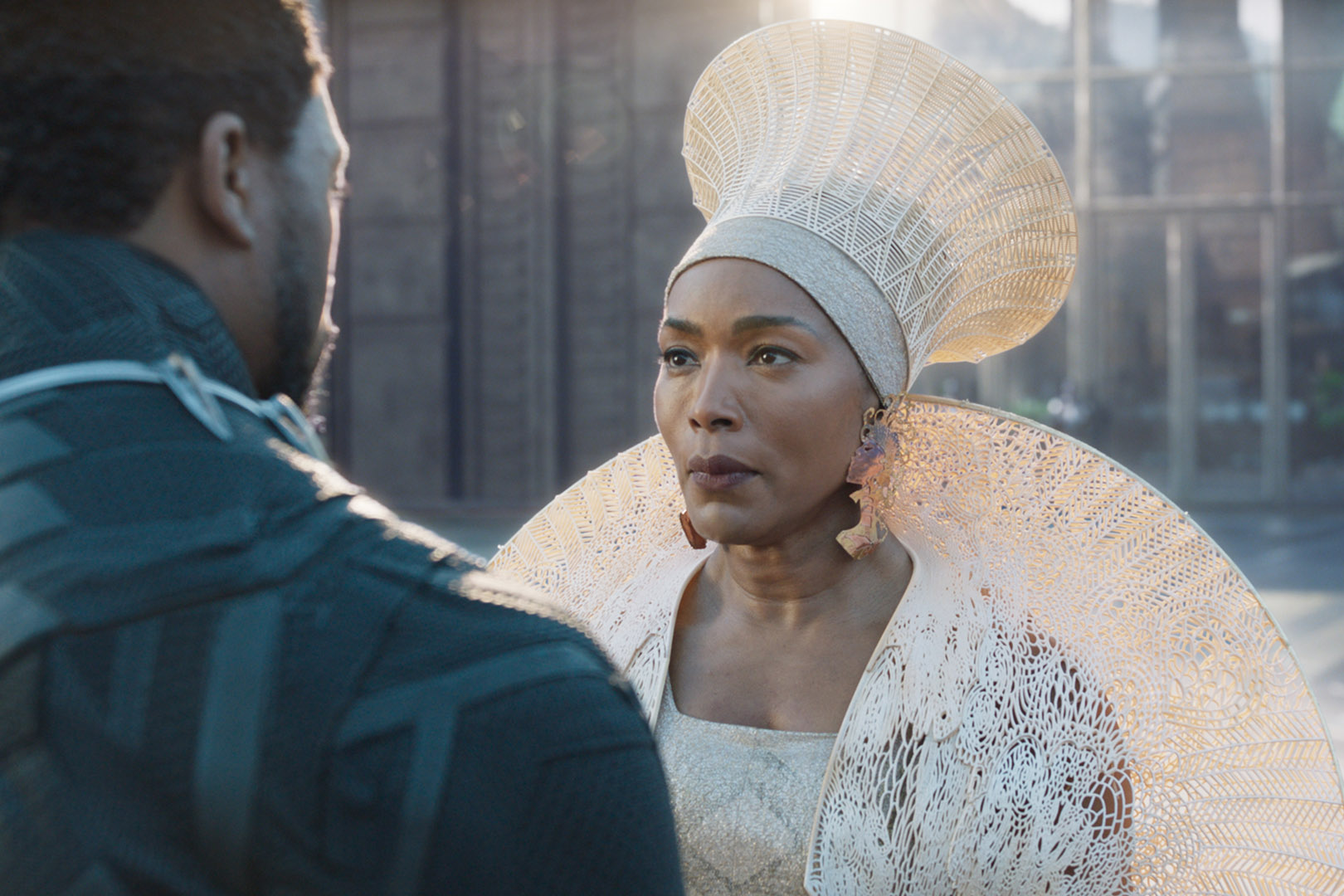 Award-winning actress Angela Bassett shared an updated status of the Sequel of Black Panther: Wakanda Forever. First, Basset made a note of the healing Letitia Wright is experiencing.  The young actress who played Shuri, T’Challa’s younger sister in 2018, had a severe accident while filming the sequel. Basset confirmed Wright is doing well.

In an exclusive interview with Entertainment Tonight, Basset stated, “She had a little bit of a fall, but it’s not too bad,” she continued,  “You know, anything like that will shake you up, but she’s just a little, slight, little petite thing. But she is fine and ready to go.” Not many details have been disclosed. However, according to the source above, the incident may have involved a stunt rig.

Basset also confirmed the progress of the highly anticipated sequel remains on track. The Golden Globe-winning actress stated, “  We still have Ryan (Coogler)and Joe Robert Cole, who wrote Black Panther one, so the two of them, these men, these brothers, they’re going to bring it. They love Black Panther, they love what they started. As they say, ‘Finish the way you started.’ They started great, and they’re going to do this one well as well.”

The movie itself has become an eternal throw of roses over the legacy of the late Chadwick Boseman. He is forever attached to his portrayal of King T’Challa in the first Black Panther. Boseman passed away at 43 after silently battling colon cancer.