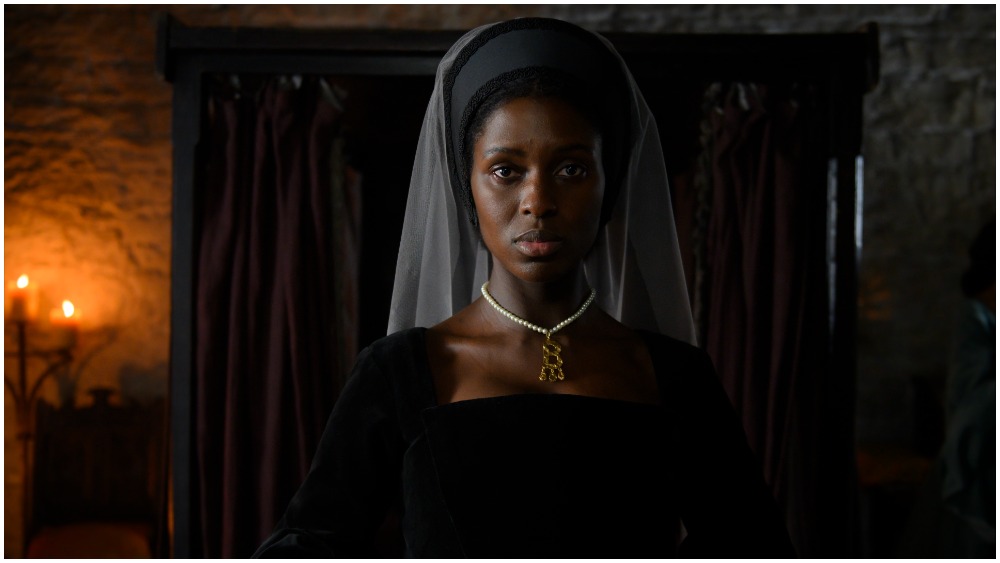 The Queen & Slim star portrays the Tudor queen Anne Boleyn — the most notorious of Henry VIII’s wives, in a three-part psychological thriller titled Anne Boleyn. The drama will air on Channel 5.

The series “will explore the final months of Boleyn’s life from her perspective, as she struggles to secure a future for her daughter and challenge the powerful patriarchy closing in around her. The series will depict the key moments that cause Anne to topple, reflecting her strength, fatal vulnerabilities, and determination to be an equal among men.”

“We are proud to add Anne Boleyn to our slate of AMC+ Original Series,” said Courtney Thomasma, general manager for AMC+. “Featuring a superb ensemble cast led by Jodie Turner-Smith’s mesmerizing performance and a predominantly female creative team, this groundbreaking drama, told from the unique perspective of one of history’s most fascinating – and scrutinized – women, makes for a can’t-miss television event to end the year.”

The three-part series will premiere on AMC+ on December 9, with new episodes released weekly.

“I’m Black and I Embrace It”: Paula Patton on Why She Doesn’t Identify as Biracial