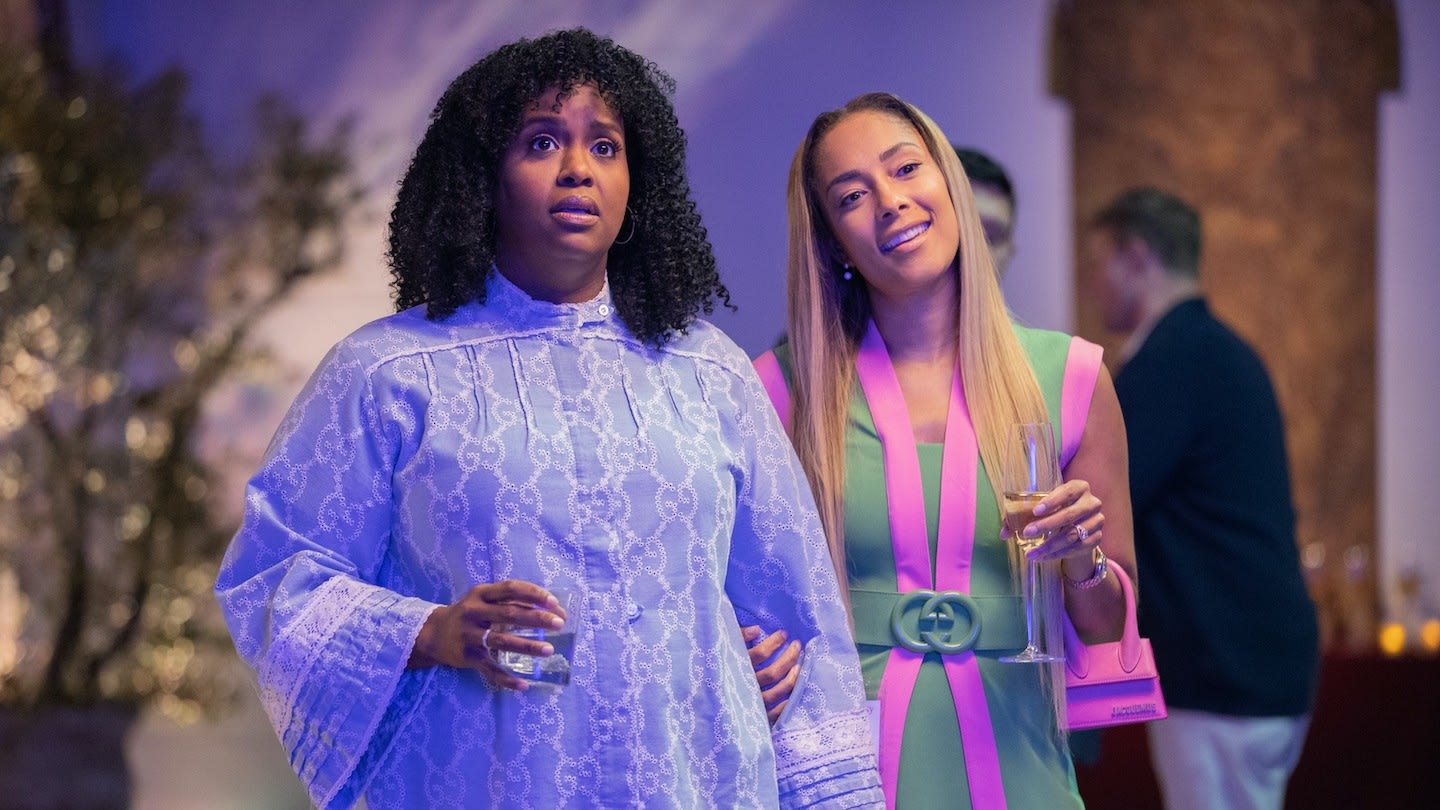 The first episode of the final season of Insecure premiered on Sunday night. On Monday morning, Amanda Seales, who plays a character named Tiffany Dubois in the critically acclaimed series, started to trend on Twitter.

It turns out, some members of Alpha Kappa Alpha Sorority, Inc. took offense to Seales portraying a soror on screen, while she is not one in real life.

@Love_KSJW tweeted, “Okay, so hold up. This girl is not a Soror and had my SHIELD on her body?! @IssaRae @insecurhbo, please do not do that again. That’s wildly disrespectful!”

Ari LaBeija wrote, “No Amanda Seales don’t have my letters on… wardrobe has gone too far #InsecureHBO.”

Kim M. Barfield said, “Finally watching the #InsecureHBO season premiere, and it’s my turn to be confused as to why the fictitious Tiffany character is in my real actual sorority letters AND shield ….”

The criticism that followed the debut episode of season 5 is confusing to some. Many Insecure fans knew that Tiffany (Seales) and Yvonne Orji’s character, Molly, were fictional members of the sorority from the show’s debut season.

Seales published a video response on her social media.

“I don’t know why people keep asking me if I’m a soror. I am not a soror,” Seales shared in her Instagram story. “Tiffany is a soror. Tiffany is a character on a tv show. I didn’t write the character; I played the character. I am not a soror. I’m an actress, and I’m playing a character on a TV show. And I think reality tv done really got folks fucked up because, you know, it’s like: ‘it’s all the same.’ But I’m just playing a character. That’s it. Y’all know that, though. But some of y’all don’t. I feel like some folks really forget. It’s a tv show.”

Watch new episodes of Insecure every Sunday on HBO and HBO Max.