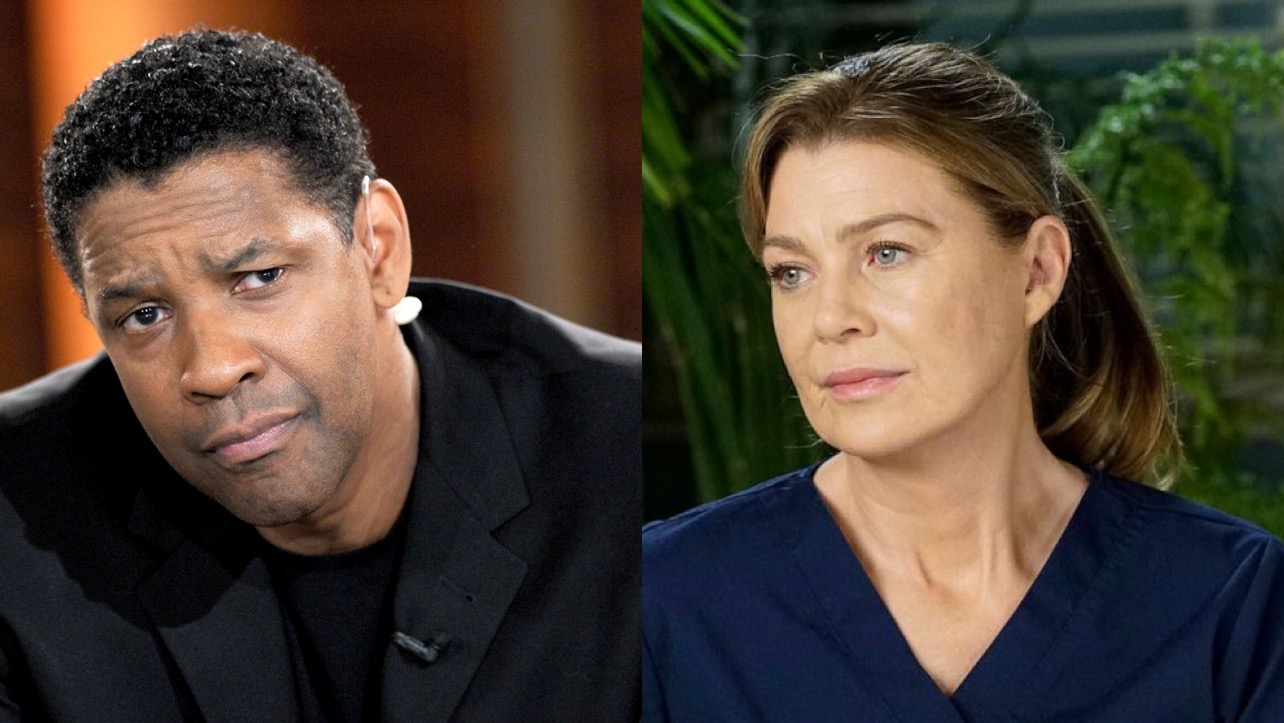 Back in 2015, Debbie Allen who stars, executive produces, and directs on the show, invited Washington to helm an episode titled The Sound of Silence for season 12. This was done after Dempsey’s exit and to “keep [Pompeo] interested.”

“Debbie Allen was like, ‘What can I do to keep Ellen interested? What can I do to keep Ellen here?’ because after you left, I was like, ‘Oh, why do I have to stay here? I’ve got to go now. Everyone’s gone. Sandra’s [Oh] gone, Patrick’s gone. I’ve got to go too,'” she told Dempsey. “And Debbie was like, ‘No, no, no. You’ve got to stick around. I’m going to bring in a surprise for you,’ and she would never tell me who it was. But she knew I was a huge fan.”

Pompeo made it clear, she has the utmost respect for Washington as an actor, a director, “as everything, but yo, we went at it one day,” she teased.

In the abovementioned episode, Pompeo’s character, Dr. Meredith Grey, encounters an epileptic patient who had accidentally injured her and broken her jaw. The patient later offered his apologies. Pompeo haven’t rehearsed the scene prior, so when it was time to shoot, she was not satisfied with the result. “He apologized to me but he was doing it really softly, he made this choice to speak very softly. And [Meredith] was pissed that [she] had to sit there and listen to this apology, and he wasn’t looking at [her] in the eye,” Pompeo said. “Again, we love actors who make choices, right? And I yelled at him, and I was like, ‘Look at me when you apologize. Look at me.’ And that wasn’t in the dialogue, and Denzel went ham on my a–.”

She continued, “He was like, ‘I’m the director. Don’t you tell him what to do.’ And I was like, ‘Listen, motherf—–, this is my show. This is my set. Who are you telling?’ Like, ‘You barely know where the bathroom is.’

Later that day, Pompeo met Washington’s wife, Pauletta, who was a fan of the show. “I told his wife, I was like, ‘Yeah, he yelled at me today. Yeah, he let me have it today, and I am not OK with him and I’m not looking at him and I’m not talking to him.”

“So it was an amazing experience, it really was,” she concluded the story.