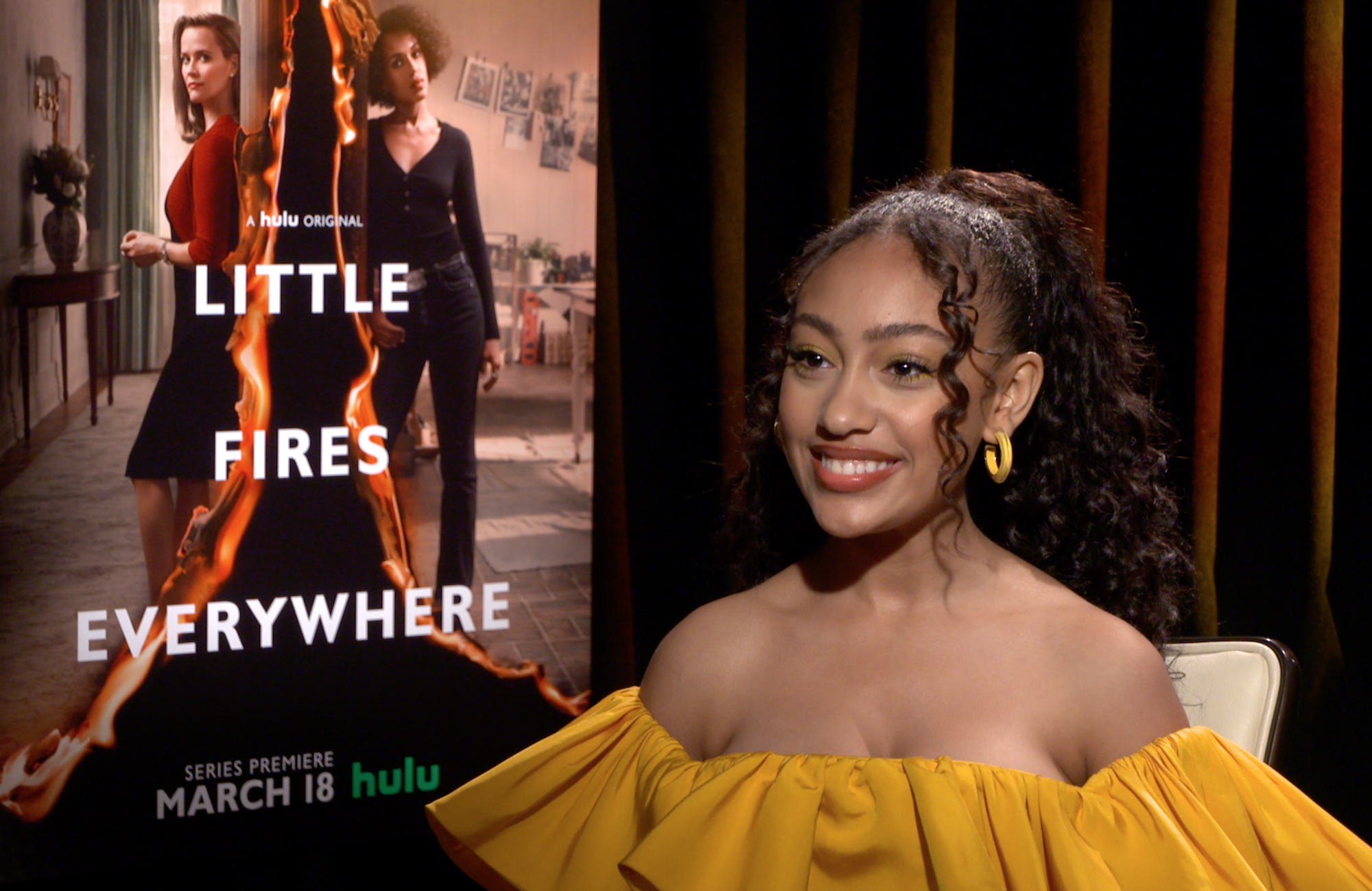 Hulu’s newest miniseries Little Fires Everywhere, based on Celeste Ng’s novel by the same title, is nearing its premiere on March 18. We sat down with one of the stars of the show, Lexi Underwood and got some insight on her character Pearl, Mia Warren’s daughter (played by Kerry Washington). Lexi also talks about her production company Ultimate Dreamer that she launched at age 15, her career aspirations and working with the diverse female-led team of Little Fires Everywhere.

Starring Reese Witherspoon and Kerry Washington, Little Fires Everywhere follows the intertwined fates of the picture-perfect Richardson family and an enigmatic mother and daughter who upend their lives. Based on Celeste Ng’s 2017 bestseller, the story explores the weight of secrets, the nature of art and identity, the ferocious pull of motherhood – and the danger in believing that following the rules can avert disaster.

The first three episodes will officially hit the streamer on Wednesday, March 18. You can check out the trailer below.